Martin Steger, Regional Lead in the MENA region for the See Inside Group, was part of the Digital Tourism Think Tank at the Arabian Travel Market this week.  He discussed the uses  of 360 immersive content and good practices

Here are some key takeaways from his talk:

2016 will be an exciting year for VR, a wide selection of 360 headsets will come into the market. 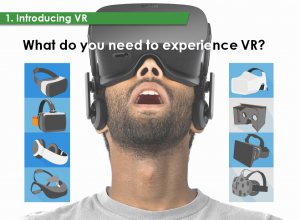 Virtual tours are increasingly being used across sectors. Current trends indicate that the popularity is only likely to increase as the number of providers increase and business become more familiar with the benefits. Virtual tours have made their impact in the restaurant sector, where they act as a deciding factor for consumers to make restaurant reservations. 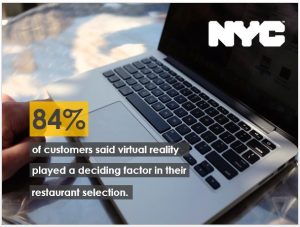 360 videos continue to make a strong impact with consumers. Martin highlighted how 360 videos with headsets immerse potential clients into a desired environment, compared to a more passive experience with standard videos. 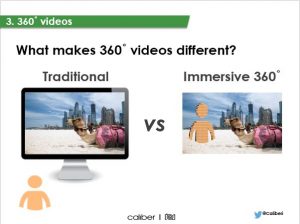 With a rush in 360 video production, Martin highlighted some standard good practices to produce quality content that will not only engage prospects but will leave users with a “wow” experience. 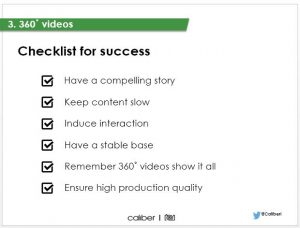 One of the key points that he mentioned was to make sure that the content you produce does not have sudden rushed movements as this can greatly impact the user experience.

A compelling narrative is just as important to retain user interest, if you are just showing a series of unrelated clips with no clear storyline, it is likely not to create a connection with the user. With 360 degree videos becoming more common, the standard novelty factor alone is not sufficient.

High production quality is of the utmost importance, keeping also in mind that 360 videos show all angles.

A number of case studies in the travel sector where introduced to the audience. Showcasing 360 work done by Thomas Cook as well as South African Tourism Board. The data showed high user engagement with positive return on investment as high as 40%.

Martin cited Qantas’ 360 Hamilton Island video as a good example of what engaging 360 content looks like as it has a strong story line as well as high production quality. 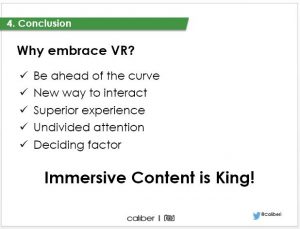 The presentation was followed by lengthy panel discussion which in summary delved deeper as to why 360 content is a boon to the travel industry and how trends indicate that VR is not just a fad but a radical change in the way travel brands market themselves.

A representative from Google emphasized how the modern traveller relishes the “experience” of travel and how immersive content ties in with the experience aspect.

Beyond the talk, we had an excellent opportunity to introduce Google Cardboard to a number of travel industry professional from the GCC who were not familiar with it.

We would like to sincerely thank Arabian Travel Market for inviting a representative of See Inside Group to be a speaker and look forward to speaking again at future events.

We will be posting the entire deck on Slideshare. Keep a look out on this post when we do!