In its continuous quest to make 360° content more accessible for the masses, Google unveiled a new tool called VR View. Developers can now embed 360° photos and videos on websites or apps simply by adding a few lines of code. Google says the aim is to make this sort of content more widely available, whether it is a travel company showing off distant resorts and hotels, or an estate agent giving potential clients a sneak peak inside properties.

Google Product Manager, Nathan Martz,  detailed in a blog post that the SDK would have all of the functionality of the Android Cardboard SDK.

“Provided in idiomatic Objective C, and packaged as a single, easy-to-use CocoaPod, this new SDK includes all of the features already available in the Cardboard SDK for Android.”

A major difference from Google’s rivals is that VR View is an open source system. Moreover, it also supports Cardboard and other similar VR headsets, which means that you just need a formatted image or video and you can tap the headset icon that will shift view to dual-paned image. 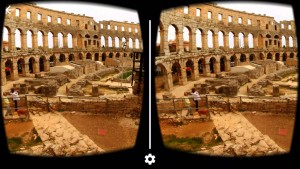 If you are a developer, it’s time to update your apps for the immersive future. If you are business, Google has just handed you a great tool that you can self host and modify to match your needs to showcase your business.

In related news, Google is working on the next generation of its headsets . In May, Google is expected to release an updated version that may replace cardboard for plastic headsets. Exciting times in the field of VR and visual marketing ahead!